Scream, Yell, Be Furious, if it’s appropriate. You probably don’t want to let that maniac stab you with a stick, but realistically, how often do maniacs try and stab you with sticks?

More often than not, thoughts and feelings of anger or fear don’t signal a real danger of physical harm, but instead emerge in response to some perceived threat to our sense of self.

This sense of self is the tricky part, because it’s mostly based on limiting beliefs & ideas we hold, rather than being an actual experience of ourselves. Nevertheless, we usually take these ‘ideas of self’ seriously, to the point of being completely identified with them, so that sometimes even the mildest slight is reacted to as if ‘our very self’ is being threatened.

In today’s blog post, we’ll explain the first approach, which is a fast-acting method of calming down feelings so we can make appropriate responses instead of over-the-top automatic reactions that we might later regret.
When a thought arises that might trigger a feeling of anger, try to notice it right away, and really look at what the thought seems to be saying – ”Oh, that’s hurtful…” or, “that’s disrespectful…” or, “that’s just wrong.”

We have a quick chance to observe and investigate the ‘voice’ of anger as soon as it arises, before it has hijacked us out of the present moment into a volatile, reactionary story about hurt, judgement, injustice, wrong-doing, etc.

If we can catch the feeling before the storyline ‘grabs us’ and gains momentum, we may avoid an automatic reaction that we might later regret.

So take a quick moment to look deeper and challenge the thought to see if it’s really accurate, or if maybe we’ve misinterpreted, and it’s really more about them instead of us.  The idea is to ‘read between the lines,’ act mindfully, and avoid a reaction that’s not really appropriate to what’s happening in this moment.

But often we aren’t able to detach from inflammatory thoughts before an adrenalin-fueled reaction sets in – and now we are poised to overreact.
Fortunately, we have a powerful technique in our ‘well-being toolbox’ that will come to our rescue – Self-Rescue Breathing – and it’s time to use it!

As with all mind/body techniques, using it regularly will make it more effective, so practice this technique whenever you can, even in mildly impacting situations .

This breathing technique can be used to calm yourself down when angry, fearful, or anxious thoughts have triggered a “fight, flight, or freeze” reaction from the body’s sympathetic nervous system (SNS).

The part of the mind that causes the reaction can’t tell the difference between an actual threat and one that is just vividly imagined. In other words, your thoughts alone are sufficient to trigger the reaction, even when there is no actual danger. In either case, the reaction is fueled by the secretion of adrenalin into the blood stream to charge up the muscles for fighting, escaping, or freezing (hiding.)

Because self-rescue breathing emphasizes the exhale, it activates the calming effect of the parasympathetic nervous system (PNS). It also helps burn off excess carbon dioxide and adrenalin more quickly by creating back pressure in the lungs when you exhale through pursed lips. This technique also draws the attention of the mind to the breathing process, and away from angry or fearful thoughts that might re-trigger the fight or flight reaction.

Begin the calming down process by setting an intention to stop the flow of angry or fearful thoughts. This initiates a powerful process to support your intention. Here’s the neuroscience behind how it works:

Silently say, STOP! to the scared part of the brain. This engages the pre-frontal cortex for top/down activation of the part of your brain that calms you down – the parasympathetic nervous system (or PNS). Another part of your brain, the anterior cingulate cortex (or ACC) then organizes activity to follow through on the intention you’ve set.

Begin self-rescue breathing by taking a long, deep inhale through the nose and then exhale slowly through pursed lips (pursed = barely open, to restrict the outflow of air). When the next inhale comes, continue breathing this way until the reaction subsides, usually a matter of minutes.

While you’re breathing, focus your attention on the sensations – the passage of air in through the nostrils, out through pursed lips, and the rising and falling of your chest and abdomen – drawing the mind’s attention away from your thoughts.

If reactionary thoughts persist, and sometimes they will, focus attention on your immediate environment – whatever you can see, hear, touch, taste, or smell. Or try picking up something to read and engage the mind – while you continue to bring your attention back to the sensations and movements of breathing.

Remember that a stressful or panicky reaction can be triggered by your thoughts alone, without an actual emergency occurring, and although it’s uncomfortable, you won’t die of an adrenalin secretion. Ride it out and it will pass.

Breathing technique adapted from the work of Howard Leibgold, M.D.

To read about another, long-term approach, of dealing with uncomfortable feelings, read the blog post here titled, “Mindfulness Meditation, a Daily Practice,” which can help transform a reactionary sense of self by loosening the identification we have with our thoughts and feelings. This supports optimal well-being, equanimity, emotional balance, and peace of mind. 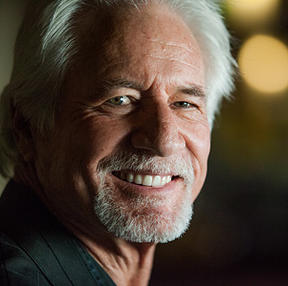